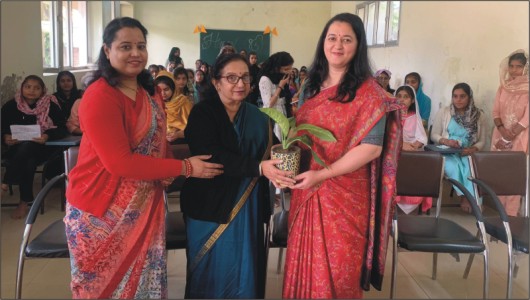 Jalandhar November 19 (Jaswinder Singh Azad)- The collegiate block celebrated Gurpurab to commemorate the exceptional sage on his birth anniversary. Principal Dr.(Mrs) Pooja Prashar was the chief guest of the day. Mrs Sangita Sharma, Incharge of the collegiate block, made a cordial welcome to the Principal. The event began with the recitation of ‘Mool Mantra’. The chief guest delivered a fruitful discourse on the quintessential and magnanimous figure of Guru Nanak and the phenomenal doctrines expounded by him. She maintained that the ideal life he lived is a testament to his forbearing and an increasingly rational temperament and the youth of today too should look up to him and follow the similar path of virtue and temperance.

The students chanted ‘Shabad’ on the ocassion. They also narrated ‘Sakhies’, which are tales documenting the episodes from his life.

Towards the close of the event, ‘Ardaas’ was made. Mrs Monika expressed vote of thanks to the chief guest.

Members of the managing committee and Principal acknowledged the endeavours of the Incharge and other faculty members for having brought the event to a successful culmination. 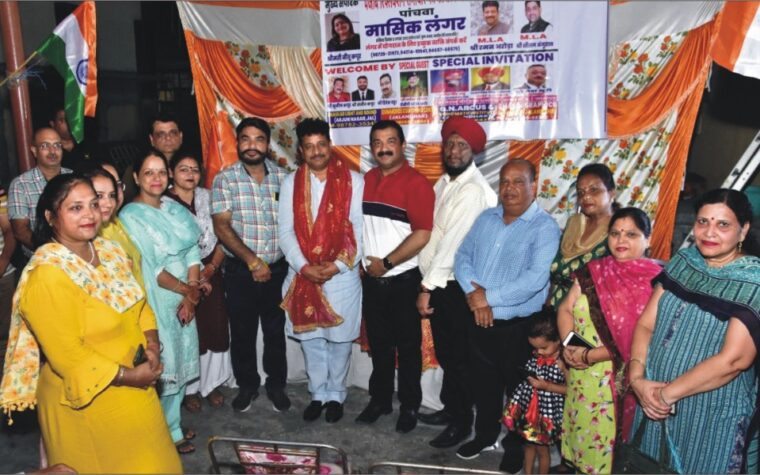 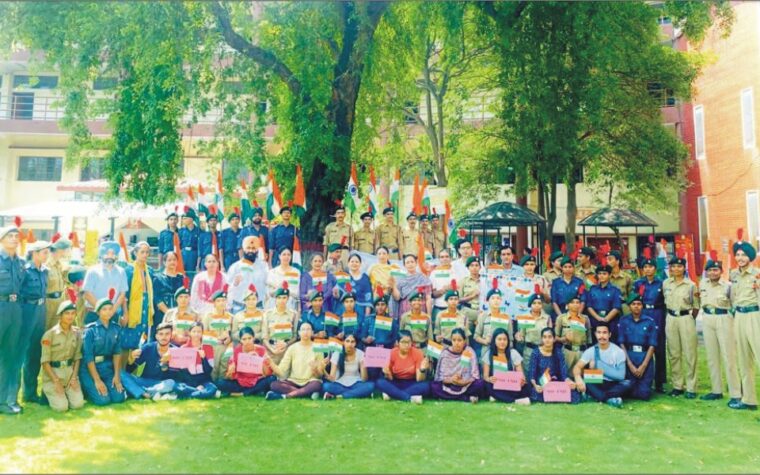 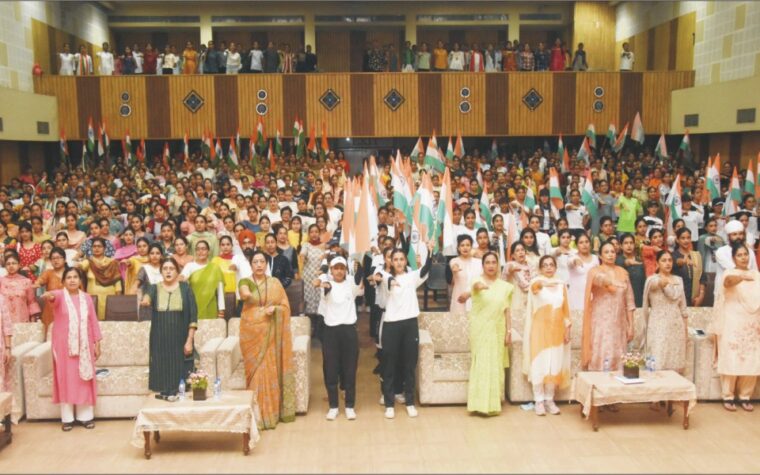 KMVites take a Pledge Against Drugs to celebrate 75 years of Indian independence August 14, 2022 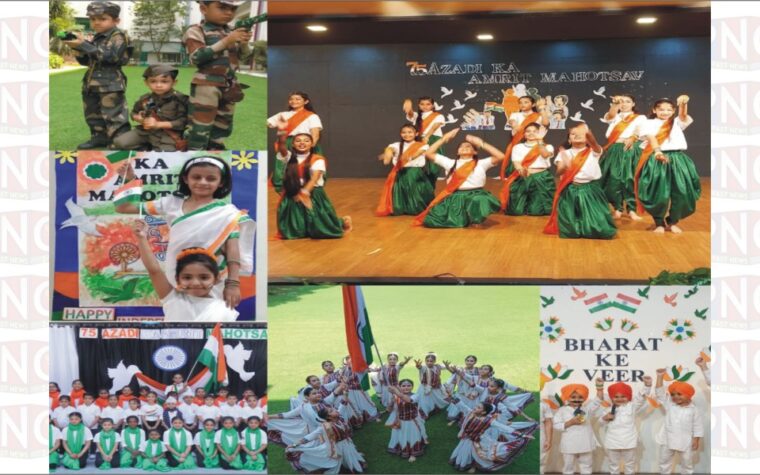 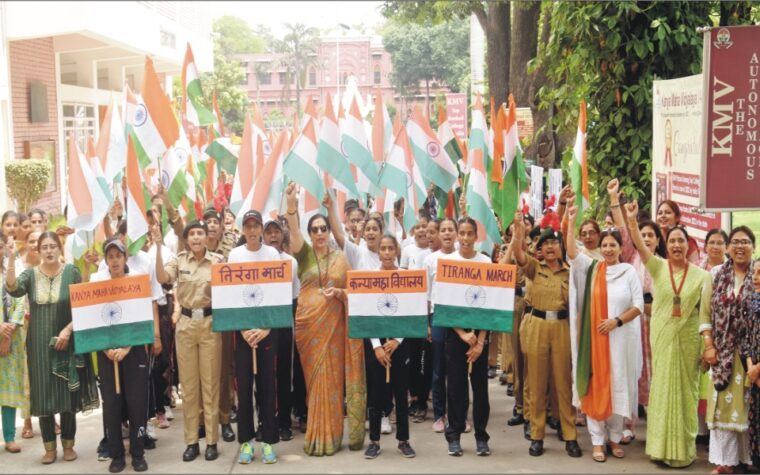