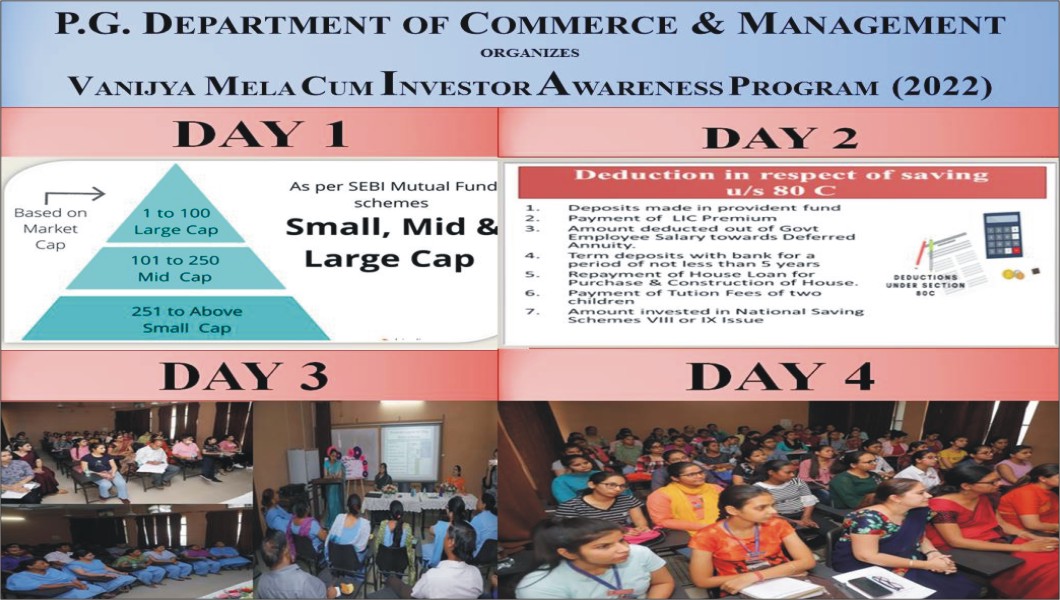 Jalandhar May 5 (Jaswinder Singh Azad)- The Vanijya Mela organized by PG Department of Commerce & Management of PCM S.D College for Women, Jalandhar Concluded on 30th April 2022. This Four Day Mela began on 27th April 2022. This program was dedicated to 75th Anniversary of India’s Freedom as Azadi Ka Mahotsav, the initiative taken by Government of India.

This outreach initiative aimed at providing solutions to the common masses and educating them about the Income Tax Return Filing, various Deductions under Section 80, Investment Avenues under Mutual Funds and Systematic Investment Plan(SIP). On the first day of the program, a complete insight was provided by the subject experts on Income Tax and Investment Avenues.

The target audience were shopkeepers, traders, businessmen and parents

The target audience were shopkeepers, traders, businessmen and parents. Mrs. Priya Mahajan, Assistant Professor in Commerce gave details about filing of ITR’s, due dates of filing of return, consequence of delay in filing, type of ITRS and their relevance. Ms. Palak Alang Assistant Professor in Commerce explained about various Investment Avenues including Mutual Funds. On the day two of the MELA, the target audience were academicians from different streams Arts and Humanities, Social Sciences, Mathematics, Science, Performing Arts, IT, Physical Education and Department of Education.

Professor Alka Sharma, Head Department of Commerce in the inaugural address gave a vivid explanation about the reasons for conducting the program as an outreach initiative under NAAC. Mrs Priya Mahajan elaborated on the topic of e-filing of ITRS and Income Tax deductions under section 80, concept of assessment year and previous year, difference between old tax regime and new tax regime,TDS forms, form 26 AS and Slab Rates applicable in the current assessment year. Ms. Plak Alang explained the riot and return trade off in investment plans and Mutual Funds. Queries were handled with regard to hybrid schemes, SIP,c Risk related to Mutual Funds and benefit available under the said schemes.

The Third Day of the Investor Awareness Program was organized for the members of Non Teaching staff and the members of the class IV employees institution. Mrs. Priya Mahjan collaborated on Slab Rate applicable in current year, housing lone schemes, Public Provident Fund (PPF), Sukinya Samadhi Yojna and other elaborated on investment in Mutual Fund and gave a gist of SIP and its multiple effect. The session was interactive and multiple queries of audience were answered satisfactory by the experts. The Day Four of the program was dedicated for the students.

A workshop was organized for the student on Income Tax and e-filing where students were provided practical knowledge about filing of income tax return by logging onto income tax portal. The report of all the previous days were also read out by Mrs. Shikha Puri Dean, Commerce Club This program was on the lines of CSR initiative vision of outreaching to the masses, “ the academic reaching out to the common people” proved to be a fruitful exercise.

The Vanijya Mela got encouraging response from the people outside the institution. They were enthusiastic to know that this Mela is going to be a regular feature of the Department.The honourable members of the Managing Committee and the worthy Principal Dr.(Mrs.) Pooja Prashar applauded the efforts of Mrs. Alka Sharma, the Head of the PG Department of Commerce in planning and executing such programmes. 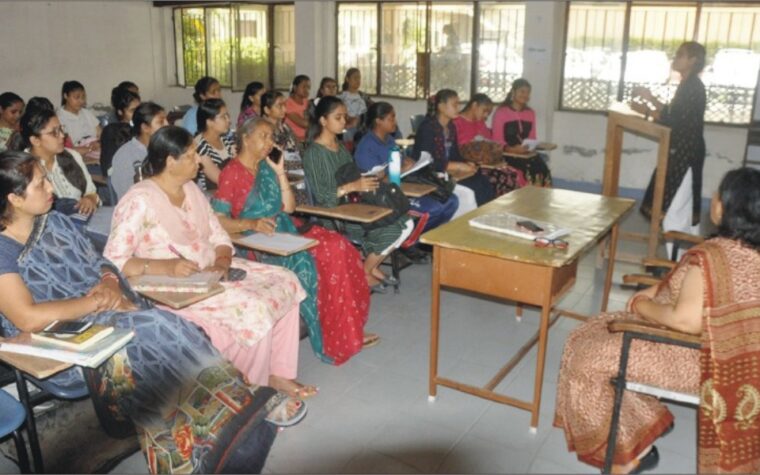 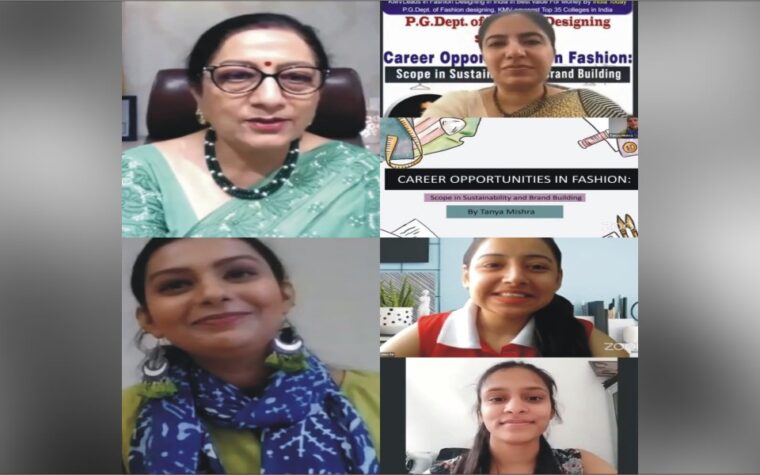 KMV organises a webinar on Career Opportunities in Fashion: Scope in Sustainability and Brand Building May 20, 2022 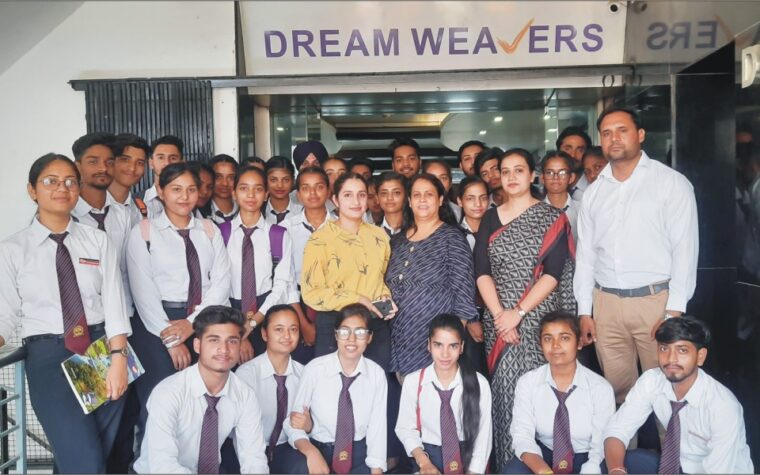 School of IT of Innocent Hearts Group of Institutions Organized an Industrial Visit May 20, 2022 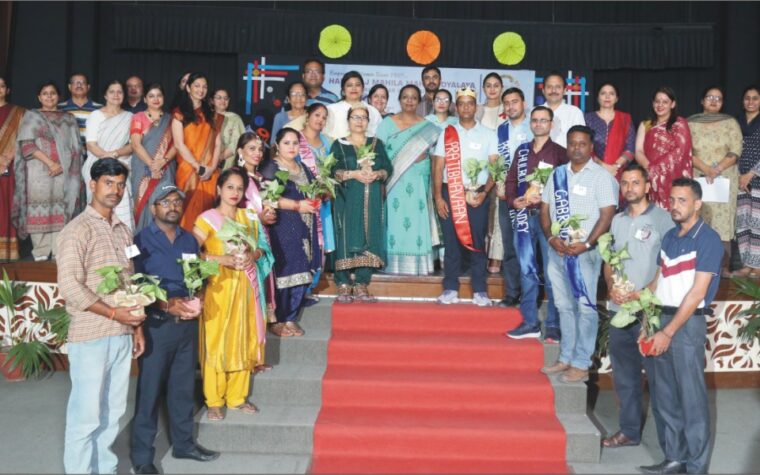 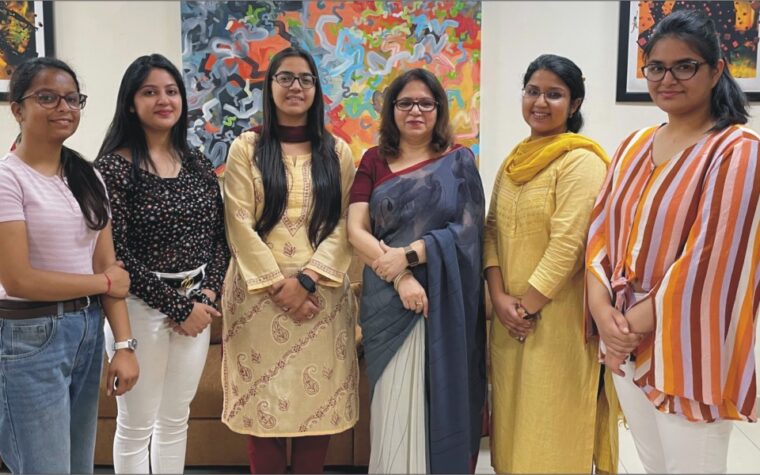 Students of Apeejay College of Fine Arts brought laurels to the college May 20, 2022